What Does it Mean to Be Sovereign? 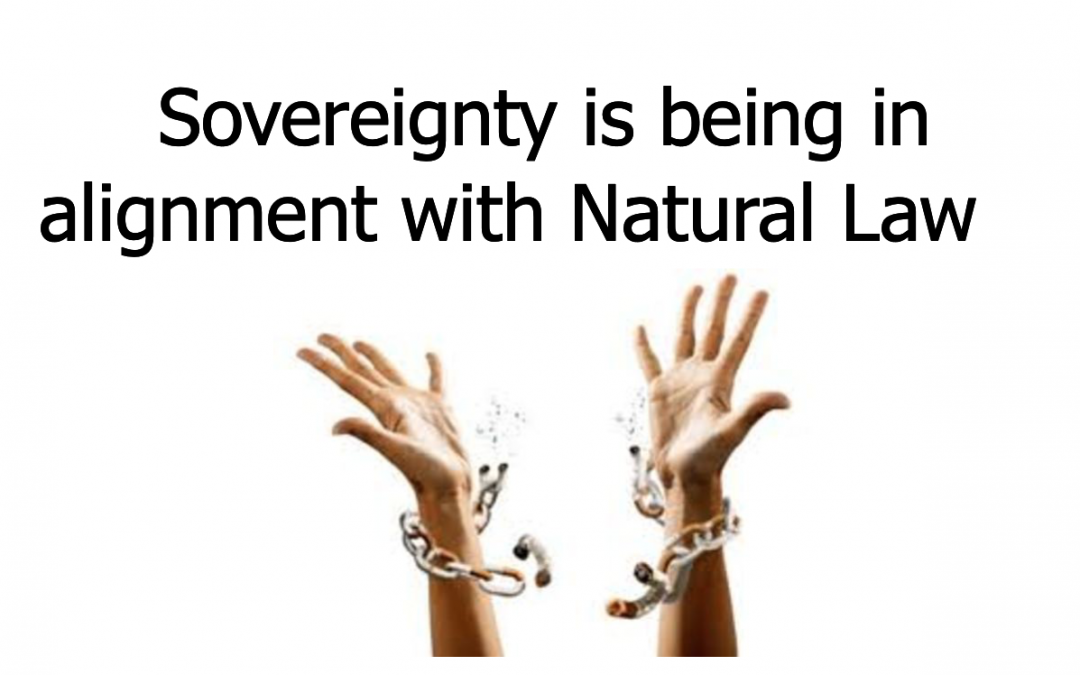 You may not realize it but you are a slave right now. Yes, we are all slaves who have willingly volunteered to be slaves, slaves who are all equally responsible for the current state of affairs currently masquerading as reality. But there is light at the end of the tunnel for anyone who is willing to follow their heart and live accordingly to their conscience, it is possible to break the self imposed bonds which hold us down and return to the garden in every sense of the word – which is what the The Sovereigns Way is all about.

The journey to Sovereignty is underway right now in many countries. It is a very exciting time to be alive. The path to sovereignty is not about taking action by going to court and proving your sovereignty. You do not want to play in their sandbox as it is rigged against you– especially if you do not know how the system works. There is an enormous amount of corruption in the juridical system.

This article is more about learning and preparing yourself to reclaim your sovereignty.

What does it mean to be Sovereign?

When you Align with Creator Laws you are Sovereign.

Sovereignty (n): Self-ownership, also known as sovereignty of the individual or individual sovereignty, is the concept of property in one’s own person, expressed as the moral or natural right of a person to have bodily integrity and be the exclusive controller of one’s own body and life.

Sovereignty is a path to self-responsibility, self-respect and self-governance. Unfortunately, many do not have the emotional or mental maturity to act in the highest accord due to unhealed traumas.

Let’s start at the beginning.

We were born into slavery in a very corrupt system and now is the time we are waking up and saying, “I have had enough of the lies.”

The human slavery (debt) system has perpetrated a great theft on humanity. It is the theft of our LIFE FORCE Energy. The corrupt systems have stolen and are currently stealing our life force energy.  What this means is we have been trapped in a corrupt system that has us programmed to focus on, “How are we going to pay the bills?”

The TRUTH is, you are a CREDITOR and NOT a DEBITOR. You are more powerful than you have been lead to believe.

Being sovereign, is based in Natural Law. We are not here to establish our sovereignty but rather to return to it. One of the biggest lies that exists is the idea that Kings and Queens are the Sovereigns and that we need Kings and Queens to rule over us. The queen is not the sovereign. The truth is, every living man and living woman is the true SOVEREIGN. Standing in your sovereignty is going from a state of fear to one of fearlessness. It is the journey to radical self-acceptance―recognize your innate worth and wholeness.

Sovereign Being: One’s own ruler, master of one’s self, having control over one’s own life. Self-governance – individual sovereignty.

Being sovereign is a step on the path of accepting and embodying the highest version of yourself. Sovereignty is a state of mind. Without individual sovereignty, you are a slave.

Sovereignty means that we (YOU) are literally Kings and Queens in our own land; it has to be that way if real equality under the law is to exist.

This is a journey and it is not an easy one as many on this earth plane have forgotten who they are. They have given up their rights and they follow an authority outside of themselves. Why? Because many of us grew up with parents or primary caregivers telling us what to believe and DO rather than asking us; “What do you believe, what do you feel and what do you want to do?” Approximately 90% of our childhood experience was adults teaching, directing, and molding us.

It is our responsibility as a species to blaze our own trail under Natural Law — claiming our right to be free, and standing under no other. We are coming together to dream the liberation of humanity and take inspired action that benefits all.

We need to take responsibility for the healing and re-education of our own people as we stand strong in the face of the corruption.

We are throwing off the bonds of enslavement by encouraging and supporting the rise and spirit of freedom. For many, the answers do not come easily.  As we move through the transition, we will all go through a recovery process where we will be offering the tools for the healing required.

A great starting point is to ask yourself two very important questions. The next time you sit in meditation ask yourself,

What is My Purpose?”

Can you see the highest idea of who you are? Can you see your greatness? You are the heir of creation.  We ALL are! Every living man and woman is responsible for the land we have inherited.

Sovereigns declare to have a lawful responsibility to the earth to defend her rights and her natural resources.